Shell Lake was named for the shells of freshwater bivalves that were found on the lake shore.

Additional history information can be found at the Shell Lake Library in a book called The Story of Shell Lake written by A.L. Stouffer. 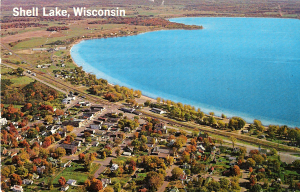